20 years ago Anti-Flag released Underground Network on Fat Wreck. This album was and still is deeply influential and important to me. I was 18 and had been into punk for about 3 years. I was already deeply political and dissatisfied with most media but this album drove it further. I obsessively read the liner notes and did further studies based on the subject matter. The idea of an underground network existing outside of the mainstream to present information and entertainment is what led to this blog and for me to want to do a political podcast that is now happening. Also this album was the beginning of Anti-Flag coming into their own sonically and production wise. For me, this one still holds up musically and ideologically. My standout track on this is Bring Out Your Dead, but the whole record is fucking solid! So go check it of you never have, or rediscover it if it’s been awhile. 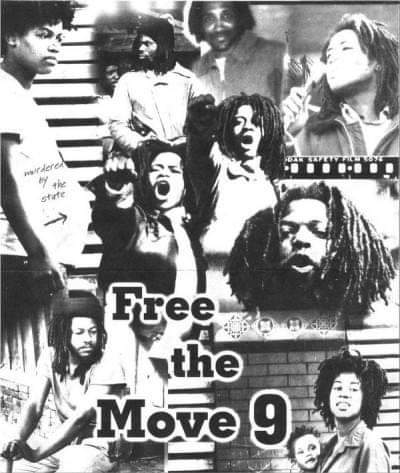 The MOVE 9 are free at last! What an amazing moment for Black History month 2020. 7 have been released while 2 sadly died behind bars. There will be a link in this post to my previous write up about MOVE to give background on this group and their struggles. To quote a great friend of mine “onward and upward!” This is a victory. First MOVE 9, next Mumia Abu Jamal. We can win! #onamove

This one’s for the anarchists. So to define real quick. Anarchism is a complete absence of centralized government. So there would be no cops, no borders, no nation, no military or politicians from local municipalities all the up to the president. Now, I like this idea. Why then, are there so many who claim anarchism holding hands with socialists and communists or feeling the Bern. All of these believe in a strong central government which is clearly the opposite of anarchism. And if you’re an anarchist and helping build a stronger state then you are commiting suicide because somewhere down the line your beliefs will run afoul of the state apparatus. Sure, on a personal level you may have friends who march at protests with you that veer red instead of black, but ideologically when everyone truly understands what each view is about, it draws a line in the sand. Anarchism is allowing all to simply live by natural law. Don’t hurt people and don’t tale their stuff. Beyond that, do and say whatever the hell ya want. The 2 main parties and the socialists aren’t just gonna let ya live how ya feel most free. Socialism is statism and therefore not compatible with anarchism.

Maty’s Corner #13
An Open Letter to Christians and the LGBT Community.

Christians; I respect and defend your right to refuse service to whomever you wish. But it is not following Christ to not provide services to someone based on sexual orientation. Jesus was the savior of gays, whores and criminals. To be Christian is to bring people into to Christ by showing unconditional love. Saying that your faith prohibits you from rendering services is a cop out and makes it sound like you don’t like them. Stop refusing to be good people! Also, remember free will, them getting married will not destroy America, but built up hatred between people who should unite will.

LGBT; It is fascist and categorically wrong to pursue legal or any other harmful action towards someone who doesn’t wish to make your wedding cake, do the photos any other service. A business reserves the right to refuse service. The best action is to take your money for a walk elsewhere. This happens so often that I feel like your community is being represented as a bunch of rage mongers who are looking to target these businesses. While the refusal isn’t Christ like, pull your heads outta where ever and bee the better person! If they refuse, get over it and buy elsewhere. Furthermore your going about marriage all wrong. Why are We the People letting the government tell us who we can and can’t marry? We pay the bills, we tell them what’s up!