I kept hearing Eichlers mentioned by some of my favorite ska artists and finally paid attention to what was on the corof my desk. So Eichlers is a hyper pop artist. Now, I don’t completely understand that genre, but it sounds good. Eichlers sounds like a drugged out pop punk fever dream and I fuckin love it. There’s elements of trap, digital hardcore and bedroom pop packed with obscure references to older underground music. And right now some boomer punk in a D.I. shirt is asking “how’s this punk?” Well, he makes this music in his room for no fuckin money and is entirely free to get paid via alternative and underground economics. That’s punk as fuck. And now he has created a new genre known as hyper ska. I’m hella here for it and you should be too. This whole scene is achieving the diy dreams we all had in the 9p’s and early 00’s. Check links below to stalk and support Eichlers.

We really should stop lionizing JFK. In fact, fuck ’em all. We need more Dead Kennedys. The problem with Johnny boy is that he’s held up to be a progressive hero which he is not at all. He was president while COINTELPRO was ongoing. The main purpose of this program was to “prevent the rise of a Black messiah”. So JFK was against the cause of black liberation or he would’ve stopped this program. He was deeply anti-communist considering the bay of pigs in Cuba and the disastrous Vietnam War that he continued. And while some people say “ladie’s man” I say sociopathic womanizer. Johnny was no hero of the left. He was the original American Psycho with privileges Bateman only dreamed of.

In 2007 an absolute classic of brutal crust came screaming from the backwoods of West Virginia. Appalachian Terror Unit with their full length Greenwashing. This is 8 tracks of punishing doom rammed up your ass at breakneck speed. We can again thank Profane Existence for putting this beast out. My top track is Let’s Take The Fight To Them. A perfect track for guillotining the rich. This whole album is just pure metallic crust, so if your a punk or metal head looking for a bridge, this has descended from the vines of the ancient wood to choke your soul. Play it loud enough to see what creatures are down.

In 2001 melodic political hard core powerhouse Pipedown droppwd their dwbut ablum on A-F Records, Enemies Of Progress. This ripper hits just as hard today. They blasted out of the Pittsburgh scene and sound like a more melodically inclined Behind Enemy Lines. This whole record is solid from front to back like all of these post hard core template albums that were coming out in this era of hard core and punk that really got us thimking. And damn the guitars were amazing. It’s like this band started at the top of their game. The vocals that go from almost sorrowful cleans to this war cry of a scream echo through every track on this. Download or buy a copy of you can find it and get to know this release along with anything else from this time period of music that was our soundtrack for fighting the system.

It must be spring! Love is in the air… wait, that’s diseas and panic! Oh fuck we’re gonna die! Well not from Coronavirus but possibly fron the boot on iur necks that we are kissing and whispering sweet nothings to. The sinple fact is Covid 19 is either some biblical plague or notuch worry at all but no one is telling the whole truth. What we can witness in real time is society is clearly a fucking joke. People are panic buying and every day is black friday complete with fist fights and armed guards. And the populace is simply handing control over to varying levels of government. The overlords day it’ll only be 3 weeks or till August depending on the estimate. So Trump may vary well be giving us the post apocalyptic authoritarian hellscape I have joked about. Be ready to fight and stop giving away your power. But first gather with those close to you. If you’re the anchor than hold fuckin fast. We gotta be ready for whatever normal looks like after all this.

A tale of 2 Americas followed by a new dumpster fire in the middle east. I recall when we assisnated Qadifi in Libya and Hillary going on her talk show tour cackling about. I remember every damned right wing talking head screaming about how tasteless that was and a few talking about the problems of interventionist policies. I agreed and even talked about this at length. But if they believed that, why are they stroking such a way hard on about Trump doing the same thing and actually committing and even bigger war crim and interventionist overreach? I suppose that stroking self rightiousness didn’t do enough for them. At least Libya was having a revolution and America was able to satisfy its urge for killing brown people beneath the guise of giving an assist. This Iran thing is highly problematic. Let’s unpack this shit show. So we extrajudicialy executed a foreign national on another nation’s soil that we did not have such agreement with. Basically commiting an act of war while forcing a 3rd party to become accessory to it. And now congress is proposing changes to the war powers act. Fuckin really? A great many of us have been saying this since Bush. And as they lined up to kiss Obama’s ring as he furthered the war powers overreach many said “at some point he won’t be president and you’re not gonna like it.” Well it sure looks like we’ve arrived. And now Iraq intends to expel us from their country. It’s about fuckin time someone stood up to the playground bully our government has become. Granted Trump in his sociopathic way is threatening Iraq if they expel us. Wait, what the fuck? Yes our Republican (the party that gets all worked up over national sovereignty) if refusing to accept another nation’s right to not have an occupying force there any longer. Also he has threatened to further attack Iran for the war crime we’ve committed by targeting 52 sites of cultural significance if they retaliate. For those just tuning to world affairs, attacking cultural sites is a fuckin war crime as agreed by the entire world. Here’s a song for the 2020 season of Murica.

So Trump has been impeached and there’s quite the range of emotions going around. Let’s break it on down. The Democrats “yay he’s gone!” He has been impeached which makes him eligible for a Senate trial. He’s still president and still eligible to run.

The Republicans “He’s not impeached… snowflakes.” Actually he is impeached, see my above explanation to the Democrats. Republicans again “He shouldn’t be impeached!” In a way you’re right as this bag of smashed assholes shouldn’t have even been able to be the nominee for a myriad of reasons.

Anarchists “we agree with the leftists” and that’s the camp I’m in. This dystopian hellscape will continue because much of the populace is too in love with their major parties and colonial mindset to have any real change beyon what tyrant we have each 4 years.

So the latest in what fucking reality do we live in? Well we have sent 3000 troops, an air expeditionary wing (logistics & maintenance), PATRIOT batteries, 1 THAAD (Terminal Altitude Air Defense) and a fighter squadron to Saudi Arabia who’s actually footing the bill for all this. Wait, stop the tape! Did you just read that a foreign power is paying for American military intervention? Yes, you did. So to unpack this. Trump has actually sold military resources to include actual personnel to a foreign power as though they’re a private security force or mercenaries to a nation that is known for funding terrorism to include 9/11 and numerous crimes against humanity. The bought and sold American muscle will be protecting oil and likely drawn into an illegal war with Iran. So now the reality is that our military is no longer beholden to the Constitution or any ideas of America but actually the highest bidder. This isa frightening and bleak time we occupy. We can change this and we must! #punkvoter #bethemovement

Today we lost Dave King the designer of the iconic Crass symbol. One of the most notable symbols in anarcho and anti authoritarian movements over the past 40 years. His mark will live on beyond all of us. 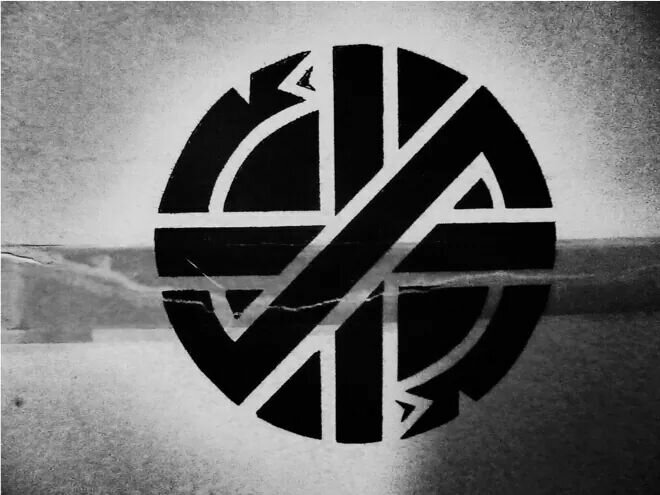 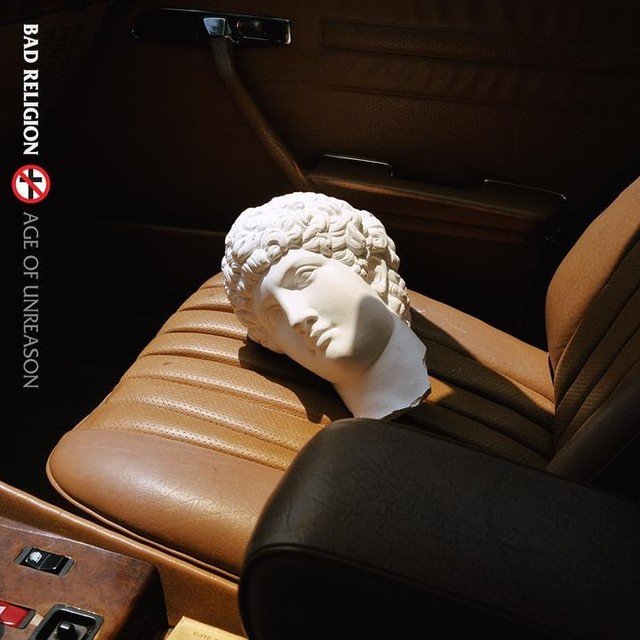 Bad Religion dropped their latest a week ago. Age Of Unreason. Quite the apt title. Much like True North this moves at the quick pace of their older releases. This album is fuckin solid front to back. I’ve been stoked on each listen. I know a number of people botched about the first single Kids Are Alt-Right. Well that’s the punk puritans or dumb motherfuckers in the alt-right So who cares? Buy and stream this loud enough for the neighbors to sing along!-C Fish